IELTS stands for International English Language Testing System. It is accepted by the governments in Canada, the UK, Australia, New Zealand, and South Africa. Interest in the exam has been increasing a lot lately.

This podcast is intended to help you, the ESOL teacher, prepare your students for the test. For that, I have the pleasure to introduce you to Fabiana Traversin, my workmate at Cultura Inglesa, a British Culture Institute in Brazil.

The exam tests all 4 skills: reading, listening, writing and speaking. When taking it students have 2 options: Academic (for universities) or General (for immigration). The tests differ in reading and writing, the General version being more focused on texts and writing tasks one would encounter in his or her daily lives , whereas the academic one presents articles and writing questions that could be found at university level.
The whole test takes about 3 hours. 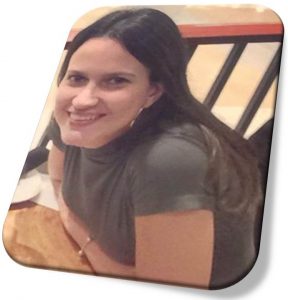 She has been an English teacher for over eleven years. She has a BA in Literature and Arts, in Brazil, a CELTA from Navitas, Australia, and recently took the DELTA at the International House in London. She has taught English at all levels, including Cambridge exams and IELTS to students of all ages. She has worked for Cultura Inglesa, in São Paulo, Brazil and Langports, in Brisbane, Australia where she currently lives.

Book Review: Language for Teaching Purposes
How to Use Ready-Made Mind Maps in Your Business Classes
The Importance of Phonetics and Phonology in the Teaching of Pronunciation
The Importance of Motivation in Language Learning
Who are the patriots today?
What's Your Teaching Identity? Book Review
Announcing Online Teaching Month
Analogies Can Teach Anything
Teachers Stories: The Secret Vault
The Good, The Bad, And The Online
The Student's Perspective: Three Steps to Active Reading
40 + Essential Resources for Your Teaching Library
The Nuances of Teaching Business English
Surviving Existential Dread in the EFL Workplace
Using language notebooks with young learners
Hey Ants extends file transfer service offer to include teachers, educators and students
Tags: Articles, Brazil, CELTA, DELTA, English language, EVE, Grammar, IELTS, International House, Vocabulary

Caio Albernaz is a foreign languages teacher and translator. He has taught in Brazil, Uruguay, and Colombia. He has a degree in Linguistics & Literature and holds a TESOL diploma from TESL-Canada. He was one of the presenters at the 11th Southern Cone TESOL Conference in Buenos Aires and the 15th Braz-Tesol International Conference in Brasília. He was also a speaker at "10 in 10 for 10" by efltalks.com.

How to Write a Great IELTS Essay – Tips from an ESL Teacher: As an ESL teacher, I have coached hundreds of students and…